Graphic via The Graphics Fairy

The next in line for our animal studies will be horses!

All printable resources are free unless marked with $$$$.

Activities and Videos – Adventures in Mommydom

Netflix has MANY, MANY family horse movies. Just type horses into the search bar.

YouTube also has many horse videos. I searched “horses for kids”.

“Spirit: The Stallion of the Cimarron” 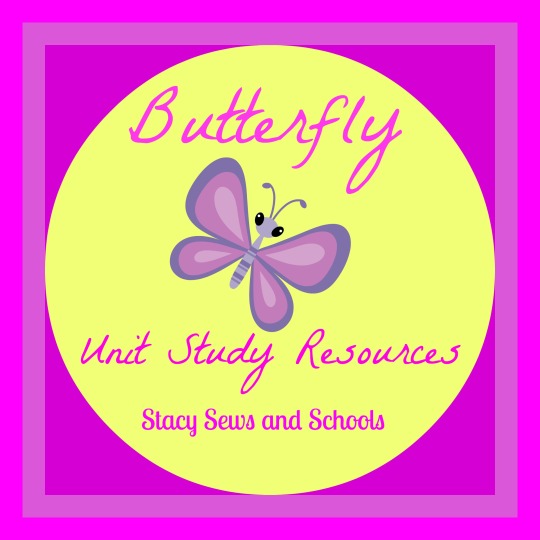 We are right in the middle of our butterfly kit!! Our caterpillars JUST forms their chrysalides this weekend! YAY!!! 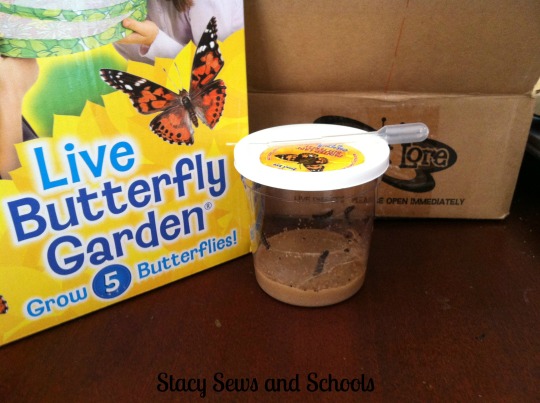 This is what our caterpillars looked like when we got them in the mail on February 28th.

This is what they looked like just a day or 2 before they started making their chrysalides.

Here are the chrysalides that were made over the weekend!

I worried that I jumped the gun on ordering the caterpillars but the kit says as long as it is above 55 degrees when you release them then they will be OK. SHEW!!!

I purchased our kit at Toys R Us but you can get the same kit on Amazon. WOW! I should have waited and bought mine there! LOL It’s on sale right now!!!

All printable resources are free unless marked with $$$$.

There are TONS of butterfly books out there. These are just a few.

Notebooking Pages – HSLaunch (You may have to put Butterflies in search box.)

Preschool Pack – Confessions of a Homeschooler

Activities and Crafts – No Time for Flashcards

Documentary – Journey of the Butterflies – PBS

Groundhog graphic from My Cute Graphics

Is it cold where you are???? As I am writing this it is 12 feels like -1. Which would be OK if we actually had SNOW!! But no, no snow here. It snowed in Louisiana but not HERE!! What’s a person have to do???

My point is, I bet you can’t wait for spring, right?? And I bet you are going to be watching ol’ Punxsutawney Phil to see how much longer we have to put with this! 😉 To help you get the most out of Groundhog’s Day I’ll be listing some resources for a unit study!

If you don’t have a Kindle it’s very easy to add the app to your computer, tablet or phone. I think I have it on every device in the house! 😉 The same goes for the Nook. The reason I list Kindle books is because a lot of times you can find them for FREE or very cheap.

Pre-K Unit – Blessed Beyond a Doubt

Crafts – No Time for Flashcards

Crafts – Play with Me Mommy

Snacks – Kitchen Fun with My 3 Sons

I had written up a unit on penguins for Penguin Awareness Day (tomorrow) but then I realized, so had everyone else! LOL Do you really need another one? Probably not right now. So, I decided to go ahead and post the one I did for Squirrel Appreciation Day (January 21st). I haven’t seen any of those yet! LOL

The thing is, a lot of bloggers do the same theme around the same time. Right after I posted the one for Winter Olympics, I saw dozens of others. DRAT!! If I had waited just a little longer I could have added them to my list! LOL The same with the penguins. I had my list all written out when I started seeing all the others. Now I’ll just wait until the rest are done, add them to my list and post at a much later date. LOL Turn it from Penguin Awareness Day to just a study on penguins. 😉

I am at a loss as to what to do about the Iditarod unit. It has been really hard to find a lot of resources for it. Do I wait and see if any more come out? Or do I post it soon? Hmmm….

One of our favorites

A lot of the above books are also available for Kindle but are probably cheaper in paperback.

Worksheets and Notebooking – A to Z Teacher Stuff

Worksheets and Notebooking – Kidsparkz  (some members only)

How to Draw a Squirrel – Art Projects for Kids

My newest unit is elephants! This would go along with the India study very well!

As always, I try to add resources for all age ranges.

All the printables are free unless otherwise noted with $$$.

The books should be easily found at your local library, on Amazon or Paperback Swap.

E is for Elephants printables and activities – Confessions of a Homeschooler

Hope there’s enough here to get a great study out of!!

Here it is!! The firefly unit that I promised my friend Eileen from Eileen’s Perpetually Busy.  She asked me to put one together shortly after her kids saw fireflies for the FIRST TIME!!!! 😀

Teach With Me – Printables and Activities

What Makes a Firefly Glow?

There you got! Not much but at least enough for a mini unit! 😉 There are a lot more books than resources but then again, it should probably be more hands on anyway.

As with all my units, I try to add resources for a variety of ages.

The books can be found at your local library, Amazon or Paperback Swap.

The printables are free unless otherwise noted. 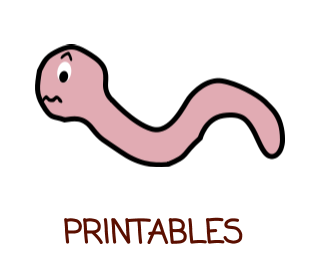 Life Cycle of a Mealworm – Squidoo

Worm Facts – The Adventures of Herman

Worm Activities and Crafts – No Time for Flashcards 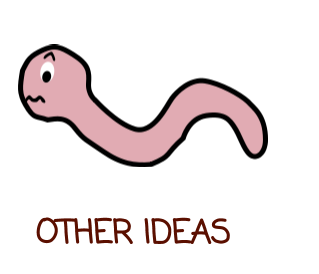 How I make worm pudding cups and worm cupcakes. (I wish I had taken a picture.)

Usually I make these every year for Halloween.

For the pudding cups-

JELL-O Cooked Pudding (I usually use 2 packages but there are 7 of us!)

Make the pudding as directed and poor into plastic cups.

Add the crushed Oreos on top.

Now add your worms. (If you want worms in with the pudding, mix them into the JELL-O)

Bake the cupcakes as directed.

When cooled, ice as usual then roll the tops in the crushed Oreos.

Take a straw and insert it into the middle of the cupcakes. This will remove a small section.

Poke a Gummy Worm into each hole.

I was a bit disappointed that I couldn’t find more on worms. SIGH… Oh, well… Maybe I will make some more printables before we get to this theme. If I do, I will be sure to share them! 😀

Here’s a little animal study for you! I hope it’s helpful! 🙂

That is the free version. The other versions have wonderful illustrations.

Bird Printables – Montessori Materials (scroll down towards the bottom)

Parts of a Bird Diagram

Who Laid THAT Egg? – Squidoo

All About Birds – Kid Zone

Learning About Birds – Spell Out Loud

Well, I am FINALLY getting better! The crud is nearly gone and the fibro flare is trying to wind down. SHEW!!!!! Now I am busy planning and working on my look for the first sew along challenge of Project Run & Play’s All Stars Season.  YAY!!!!! And that means I should have a new tutorial coming soon!

As always, I try to incorporate resources for all ages and most of those resources are either free or cheap. The books can all be found at your local library, on Paperback Swap or on Amazon.

The First Book of Bees

Honeybee Lapbook – Hands of a Child – $6

The Importance of Bees – CC Pollen

Silence of the Bees – PBS Video

Our next animal study will be about bears!! They look soooo cute and cuddly, don’t they? LOL

I will never forget the first time Colin saw the taxidermy bears at Bass Pro. He wanted NOTHING to do with them! LOL

A Bed for the Winter – DK Readers

The Magic School Bus – Sleeps for the Winter

Bear Snores On – (There are a lot more books in this series.)

The Wonderful World of Bears – FREE for Prime

How to Draw a Grizzly Bear – Art Projects for Kids

Planet Earth  and Living Planet are both great series that have several bear parts.

I have to admit, there weren’t as many bear things easily found as I thought there would be.

Most of the stuff seems to be geared toward the very young (teddy bears).

If you want to do a specific bear, you could probably find more things.