Welcome to Take One of June’s Secret Subject Swaps. This week, 12 brave bloggers picked a secret subject for someone else and were assigned a secret subject to interpret in their own style. Today we are all simultaneously divulging our topics and submitting our posts.

Here are links to all the sites now featuring Secret Subject Swap posts.  Sit back, grab a cup, and check them all out. See you there:

Baking In A Tornado

The Sadder But Wiser Girl

Stacy Sews and Schools – ME!!!

Not Everyone Can Be A Mermaid

What is your oldest piece of clothing, does it still fit, and why do you still have it?

It was submitted by: The Most Awesome, the Queen of Secret Subjects and Flies…..  Karen from Baking in a Tornado.

At first I was stumped. I have been pregnant 5 TIMES!! My weight has been up and down and up and down. I change sizes more than the kids change channels… Then I thought, well, I have some shoes I’ve had for a while. But even those I give away after a few years…. Hmmm… Then it hit me. There’s one item of clothing that I have had for 20 YEARS!! Yes! 20 YEARS!!!!

My WVU Mountaineers Football jersey!!!! It still fits (just not as loosely as it once did) and I wear it a ton during football season. 😉

This jersey has seen some up and downs… Some wins and some loses….. Some players and coaches come and go…. It has seen A LOT!!!

Hmmm… maybe IT should do the Fly on the Wall. LOL

Speaking of gaining and losing weight (I think this fits with the topic). I have been back on the Atkins Diet for 2 wks now and I am down 9 lbs!!! YIPPPPEEE!!!!!!!

I am done with the meds that make me gain weight. I am done with the birth control methods that make me gain weight. I am done with eating my feelings!!!!  I am taking control of my body again!!! I managed to have 3 kids without adding more than 10 lbs. After I had Deanna I was on the Depo Provera shots for a year. I gained more in that year than I ever did while pregnant with the kids. I went off it after that. It had completely messed up my system and doctors thought that I would never be able to get pregnant again. HA! Thankfully they were wrong! 7 years later I had Cailey. After I had her I went on Atkins and lost 45 lbs in 3 months. I managed to keep it all off until I got pregnant with Colin. Now, I had my tubes tied AFTER having Cailey. No, I didn’t have it reversed…. So, after I had Colin, it would have been a more intense surgery for them to try to tie them again. Instead of going through all of that I used the Mirena….. BIG MISTAKE!!!! It happens that anything that disrupts my monthly… ummm… visitor, also makes me gain weight. Fun. Add on top of that the fibromyalgia, depression, and medications and you have a major weight gain.  More fun… I’m not nearly brave enough to say just how much weight I gained… Maybe one day once I can put all of  this behind me… I am still entirely too vain to put it out there. LOL But I’m trying very hard and it’s a lot of work. Don’t ever let anyone tell you that it isn’t. It’s an uphill battle all the way.  I don’t know if this will ultimately have anything to do with the fibro but it sure couldn’t hurt.

Shew! It feels good to get some of that off my chest. 😉

Now for some smiles to lighten the mood! 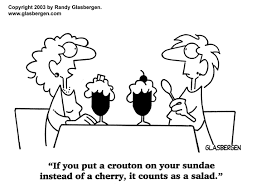 2. Where did you grow up? Small town or Big City?

I think it’s safe to say that I grew up all over the place! LOL MOST of my childhood was spent in the small town of Oak Hill, WV. My paternal grandparents had a house in the country and I spent a lot of time there, but like me, they moved around a lot.

I went to 11 different schools growing up and that doesn’t count bouncing back and forth between the same schools. I even went to a private school for a while.

My first school was in Oak Hill. I went to East End Elementary. It was the same school that my mother went to.  (I even had the same 2nd grade teacher she had!)

I went to 2 schools in Elkhart, IN but I have no idea what their names were. In between those 2 schools I went back to East End.

Then I went to an elementary school in Beckley, WV. I think it was Central Elementary?? And then right back to East End……

After that I went to Collins Middle School in Oak Hill.

Then it was on to Hampton, Virginia to Robert E. Lee Elementary.

After that was Margaret Allen Elementary in Nashville, TN.

Then back to Hampton, Virginia to Mary Atkins Christian School.

Then BACK to Nashville to Two Rivers Junior High.

After that I went back to Oak Hill and back to Collins Middle…. LOL Keeping up???

Then on to Oak Hill High School.

I left there and went BACK to Nashville to Glencliff High School.

After that I went BACK to Oak Hill School.

The first house I can remember was in Fayetteville, WV. We stayed there until my parents split up either right before or right after I turned 5. I can’t remember exactly how old I was, just that I hadn’t started school yet. I know we were living with my Grandma when I started school.

I moved around a lot as a kid and my Mother and I lived with my Grandmother quite often. She was our refuge. We always ended up back at her house.

I used to think that it would be nice to spend my life in ONE place, but now I don’t think so. I like the adventure of new places and new things. Maybe there is a bit of gypsy in me somewhere….  None of it is scary for me since it is the way I grew up. New faces and new places. I remember all the old places and faces, though. So many have left their mark on my heart in ways they could never imagine. It is easier these days to keep up with friends in other places. I have friends and family all over the place. I wish it would have been this easy back when I was a kid! LOL

I lived with my paternal grandparents for a while growing up. I stayed with them in VA and in TN. I leaned so much on them and my maternal grandmother. They were what counted as my stability.

I guess West Virginia will always be my “home place”, though. I miss those mountains so much. It’s been about 13 yrs since I went back.  My kids have never been. Well, I take that back. Jacob was 1 when my Mother passed away and we went to Oak Hill for her funereal.  The other time we went we left the older 3 kids with a sitter, not having the younger 2 at the time. I remember as we crossed into WV from VA “Country Roads” came over the radio. It was perfect.

I hope that works.

My Mother used to tell me how she would ride her bike to watch the men build the bridge.

I have I painting of the grist mill from Babcock State Park hanging on my wall right now. 😉

Don’t forget to check out the other bloggers taking part in the challenge!!!

And a huge THANK YOU to A Little Unhinged for putting it all together.