Fly on the Wall – September

Welcome to a Fly on the Wall group post. Today 14 bloggers are inviting you to catch a glimpse of what you’d see if you were a fly on the wall in our homes. Come on in and buzz around my house.

Buzz around, see what you think, then click on these links for a peek into some other homes:

OH, BOY!! Do I have some GREAT stuff for you this month!!! I remembered to write it all down AND I kept up with the list!! Am I on top of things or what???? LOL

Let me set the scene for you….

Deanna has gone out the front door to put the trash bag in the can. I am sitting at the dining room table typing away on my laptop.

She opens the front door to come back in the house. She then slams the door and has a look of absolute shock and horror on her face like she has just seen a horrible accident.

Me – Are you OK? What happened?

Deanna – I was just minding my own business and taking the trash out. I heard a scratching sound but thought it was a stray cat. I tossed the bag into the can and then a NINJA SQUIRREL jumped out. It almost got me. It jumped on the tree all upside-down and ninja-like! I could have DIED!!!

Deanna – What’s so funny???? I was nearly killed by a psychotic squirrel!!!! LOOK! It’s still out there??? What was it doing in the trash can anyway??? Squirrels are herbivores! It was DEFINITELY rabid!

Me – We do eat vegetables on occasion…..

Deanna –  Not that often.

Deanna comes running through the door.

Deanna – Every since I had that dream about Big Bird, I just can’t look at him the same.

(She apparently had a nightmare that Big Bird tried to kill her.)

Me – At least you didn’t dream that you had to shoot Dan Aykroyd with a crossbow in a biker bar!

So, I’m scrolling through Facebook and I happen to see a similar ecard to the one above. Only, this one didn’t have the German on it. I had to look that up.

ANYWAY, I start shouting “ICH LIEBE DICH!” Scared Deanna half to death. It was awkward for a moment.

Afterwards she got into the spirit and we freaked the rest of the house out. 😉

Cailey loves all animals and I do mean ALL. She came in from outside one evening with a handful of slugs! She was having a good ol’ time playing with them…. UNTIL she realized how hard it was to get all the slime off of her hands.

Deanna and I were watching America’s Cutest Pet when she says, “OMGOSH! I am so dumb!”

Me – Oh, yes! You can’t just say something like that and leave it hanging. Nuh, unh! You better spill!

Jacob and Joshua were playing Timesplitters.

Joshua – I kept shooting and shooting! I couldn’t figure out why I wasn’t getting any points! THEN I realized…. I am ON the red team!!! 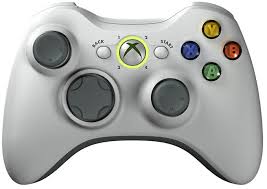 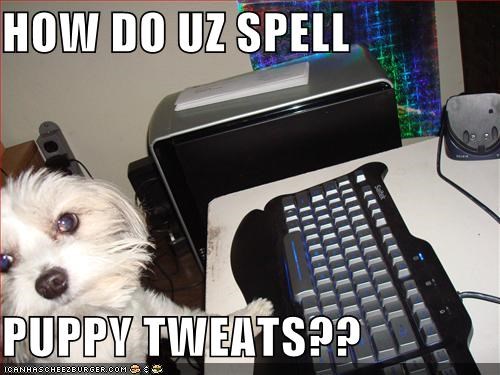 Cailey and Colin have a friend (we’ll call her K) over and they are running all over the house playing. I am sitting at the dining room table (yep, on my laptop) and Jacob and Joshua are in the living room playing a game.

Then the giggles start.

Jacob to Joshua – That’s not even close! When we were kids we were cool. It was spell I cup. HA! MUCH better!

The boys continue on in this vein for quite a while.

Me – Marconi invented the radio.

Me – OH, you mean Guglielmo Marconi.

We are traveling back from Hilton Head when we see the above sign.

Sooo… Jacob and Joshua were playing against each other on Just Dance 4 the other night…. They actually got into an argument over who did better. Joshua seems to have skunked Jacob on Rick Astley’s Never Gonna Give You Up, while Jacob trounced Joshua on Selena Gomez’s Love Song. Yeah…. It was a strange, strange night.

The Fog at the Cabin in the Woods on Friday the 13th…. That’s where you can read the full story. Here are some of the parts that I left out.

Me, practically standing in the creek while yelling up at my phone – JOSHUA, IF YOU CAN HEAR ME, WE CAN’T GET OUR CELLS TO WORK. CAN’T CALL YOU!!!

Me, putting the worms on the hook for Cailey. Yes, I can bait my own hooks. I just don’t like to if I can keep from it. BLECK!!!!

Me, the look on my face the ENTIRE time we were there…….

Deanna  when she realizes no cell phone reception also means no wi-fi.

Cailey and Colin when they realize no cable.

Deanna’s face when she realizes that I was NEVER exaggerating about the humidity in Nashville.

The Hubby’s face when my mother-in-law pulled out a TON of baby pics of him and started passing them around. My fave was the one with him on the toilet. 😉

Poor Cailey at my mother-in-law’s house when her dog realizes that she is the only one scared of him. Poor Cailey was shaking like a leaf! Thor wouldn’t leave her alone.

Sooo, it was a little late when we started heading back home. Deanna was riding up front with me and we may have had a little too much caffeine…… Everyone else was asleep, which just proves my theory that they can sleep through ANYTHING!

Anyway…. We were listening to the radio and getting a little loopy and silly. We did the opera voices to “We Are the Champions.” Pretty soon things got out of hand and we started changing the lyrics to all the songs to stuff about pie. Yeah, pie….. Deanna outdid herself. 😉

So, did you make it through all of that? Still with me?? Then you most definitely want to check out the other blogs on the list. They are AMAZING!!!!!!!!!!

Welcome to Take One of September’s Secret Subject Swaps. This week, 12 brave bloggers picked a secret subject for someone else and were assigned a secret subject to interpret in their own style. Today we are all simultaneously divulging our topics and submitting our posts.

Here are links to all the sites now featuring Secret Subject Swap posts.  Sit back, grab a cup, and check them all out. See you there:

My  “Secret Subject” is:

I love my life, but in an alternate universe I would be doing a completely different job. I would be a…

It was submitted by: http://crazyasnormal.com

WOW! This is a tough one. I have been thinking and thinking and thinking about this since I received the prompt. My “job” is being Mommy and it’s really the only job I want.  But since we are talking alternate universes here, I would like to be an  Aid Worker.  Not glamorous at all but in my alternate universe I would be able to withstand all the hardships these people have to face in order to bring the help that so many need. I would have all the resources needed at my disposal. I would make huge leaps in eliminating world hunger. Might as well dream BIG!!!!

One Day to Feed the World

I kept trying to work up something funny about how I wanted to be the next Coco Chanel but this kept coming back and screaming at me. It wanted out and wasn’t letting anything else get close!

So, give if you can!! If you can’t give, spread the word so others can!