There I was……Sitting quietly and contemplating the dress I was about to make for myself… When, BAM!!!!! Inspiration struck again! LOL This time my eyes landed on the pink Hawaiian print cotton gauze that I picked up out of the remnants bin at Hancock’s for $2.  That’s when it hit me. It would make the cutest caftan for D!!! So I called her downstairs and showed her a sketch of what I had in mind. She seemed to love it! 😉 YAY!!!! I got right to work on it! 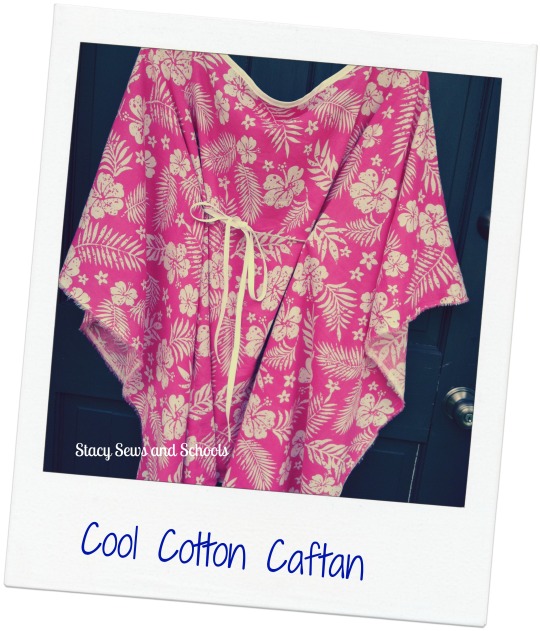 I had just over 2 yards of the cotton gauze and used almost all of it. I wanted it to be nice and loose just like a caftan ought to be. 😉

So here is what you will need- 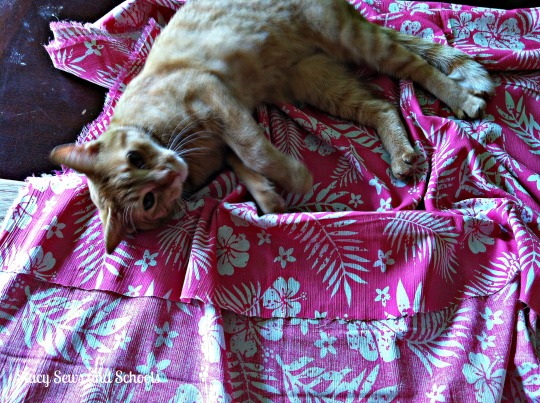 Remove the cat from the fabric…. It’s started already! LOL

Then measure and while folded, cut to the length you want leaving the selvages for the sides. D liked the thought of the fringy selvages being left on. I agreed. It looks cute that way. 😉 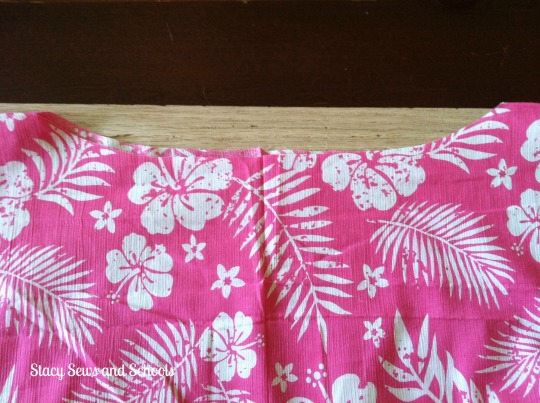 While still folded, cut the neck line. I cut this one in a boat neck style. 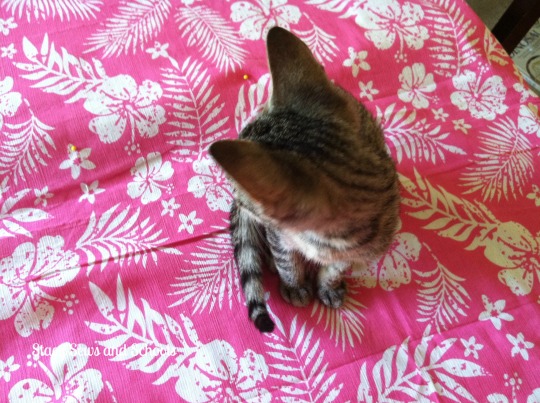 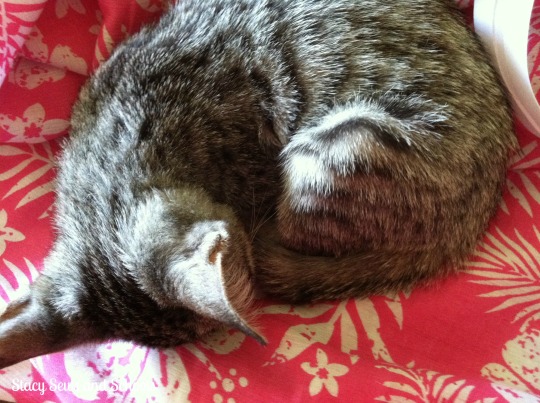 Remove the cutesy wootsie kitty from the fabric.

Yes, she is new. LOL I found her today at the dump. Someone had dumped HER!!! GRRRRR!!! She is such a sweet little loving thing! I knew we had to bring her home with us. J1 named her Cloud. She does look a little like a cloud leopard…. LOL

At this point slip the caftan over the head of the intended wearer and mark up the sides with pins. 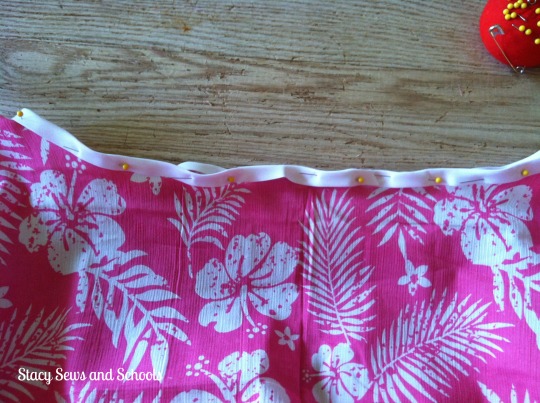 Now, open up your bias tape and pin it around the neckline. Sew it in place. DISCLAIMER 😉 This is not the “right” way to do bias tape but I find it works just as well and takes A LOT less time! 😉 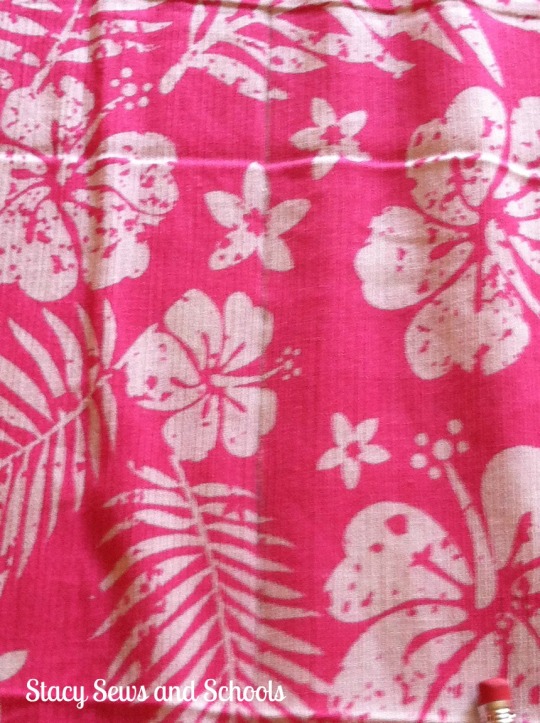 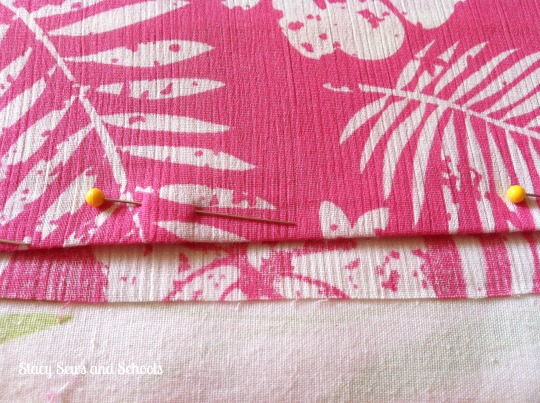 Time to hem!! This hemming is going to be a bit different…. LOL I SHOULD have hemmed it up before I put in the side seams…… But I didn’t… Sooooo I had to hem it on the right sides. No big deal but not the way it’s “supposed” to be. 😉 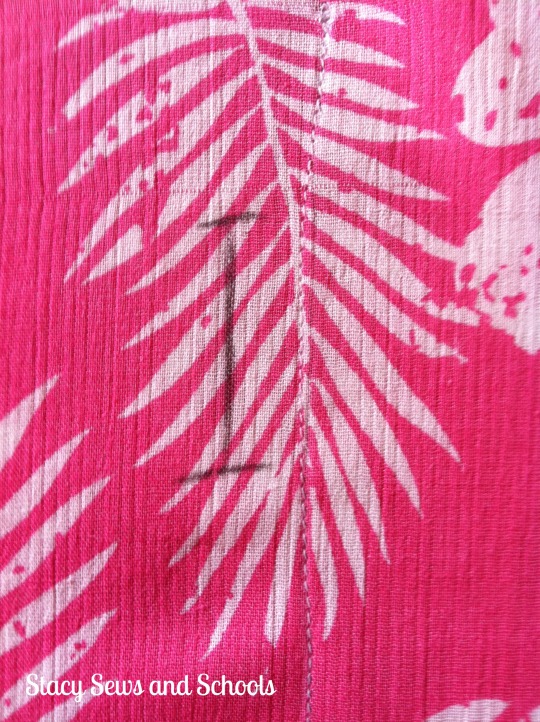 Mark where you would like the openings for the ties to be. 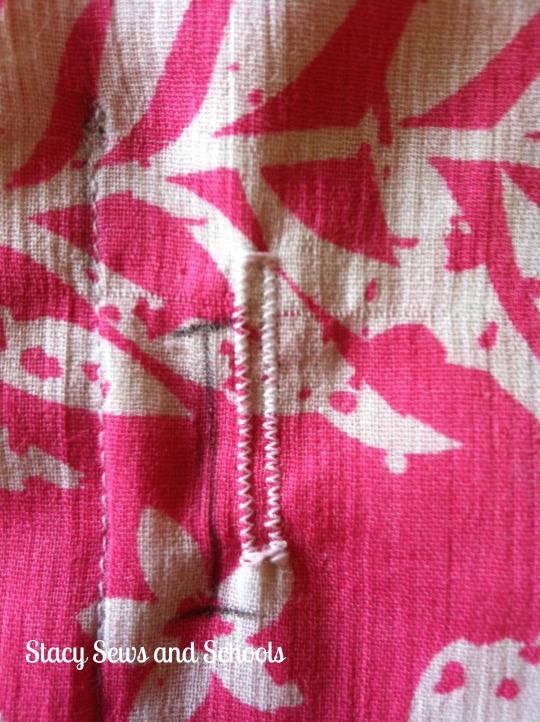 Then I used my buttonhole feature on the sewing machine to make the openings for the ties.

My buttonholer and I are still getting to know one another so that is NOT the neatest buttonhole you will ever see…… LOL  I’m just happy it worked at all! 😉

After you have your buttonhole, use your seam ripper to open it up. 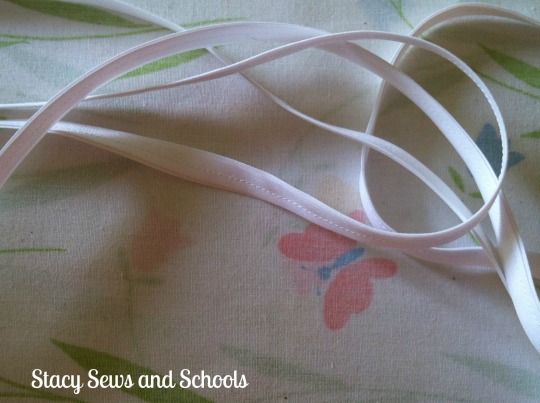 I took a package of bias tape and measured it around D at an empire waist height. Then I sewed the bias tape together to create a thing tie. 🙂

Insert it into the openings and you are DONE!!! 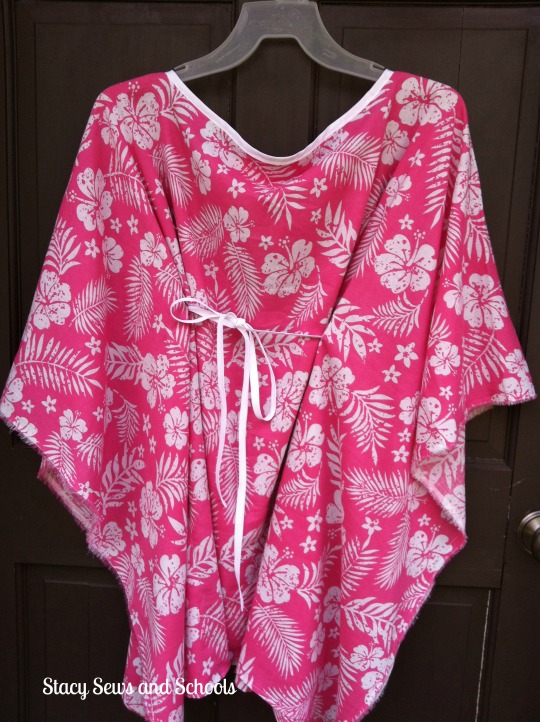 I think it would make a nice pool cover-up or even a pretty blouse with some white linen capris. 😉